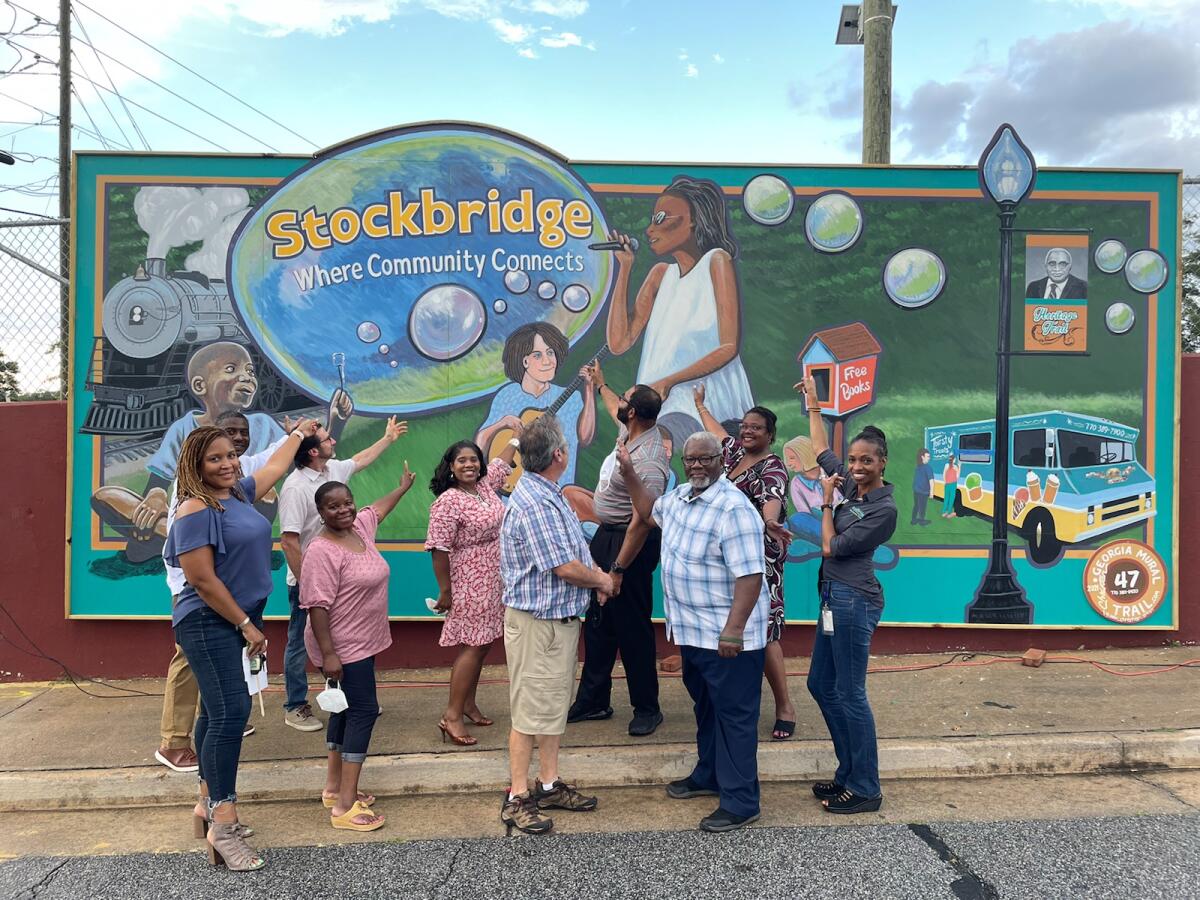 Inclement weather did not stop the City of Stockbridge from cutting the ribbon on a new mural at the corner of Harrell Drive and North Henry Boulevard.  Connecting Community is the first of the five murals that are planned for the City’s downtown area as a part of the Stockbridge Main Street Downtown Mural Project. “It is our goal to bring vibrancy and excitement to our downtown area,” said Kira Harris-Braggs, Stockbridge Main Street Program Manager.  “We want to do this through various forms of public art.  This downtown addition will serve as our catalyst project and the first step toward activating our downtown beautification efforts.  The mural’s close proximity to the new Stockbridge Amphitheater, City Hall, and the future cultural arts center, will ensure that it is seen and enjoyed by everyone who ventures downtown.”

In 2020 the City of Stockbridge Main Street Program was awarded a $6,000 grant by the Georgia Council for the Arts (www.gaarts.org), a division of the Georgia Department of Economic Development, to help cover the costs for a mural installation in the downtown area. However, COVID-19 precautions delayed the project’s start until early 2021.  John Christian, a Hapeville, Georgia-based artist, was commissioned to paint the piece and a mural design steering committee was formed to help guide the project.

Since 2014, Christian has been painting public murals in small towns across the state.  These works have increased in number and evolved into what is now known as the Georgia Mural Trail (www.georgiamuraltrail.com).  The city of Stockbridge is the 47th stop on this self-guided, statewide tourist attraction.  Other cities along the trail include Cave Spring, Clarksville, Cedartown, East Point, Forest Park, Gay, Greenville, Hapeville, Hiawassee, Jasper, Lone Oak, Luthersville, Manchester, Millen, Newnan, Rome, Royston, Summerville, Thomason, Woodbury, Warrenton, and Warm Springs. 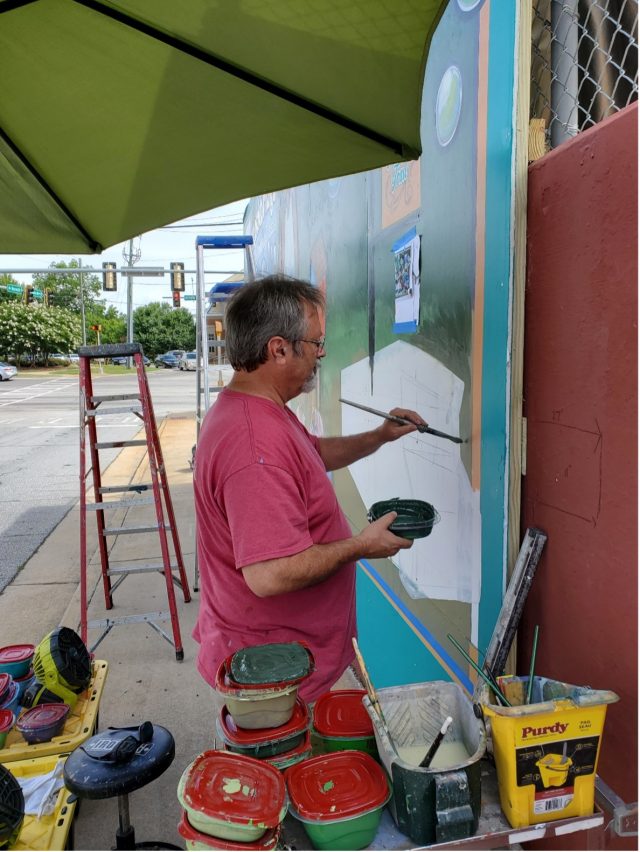 Artist, John Christian, works on the City’s new Connecting Community mural, which was partially funded by the Georgia Council for the Arts 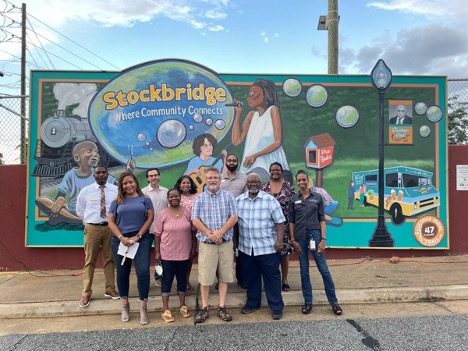 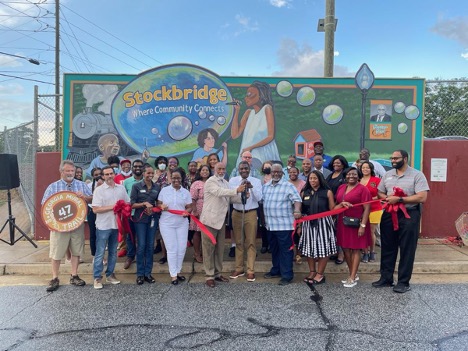